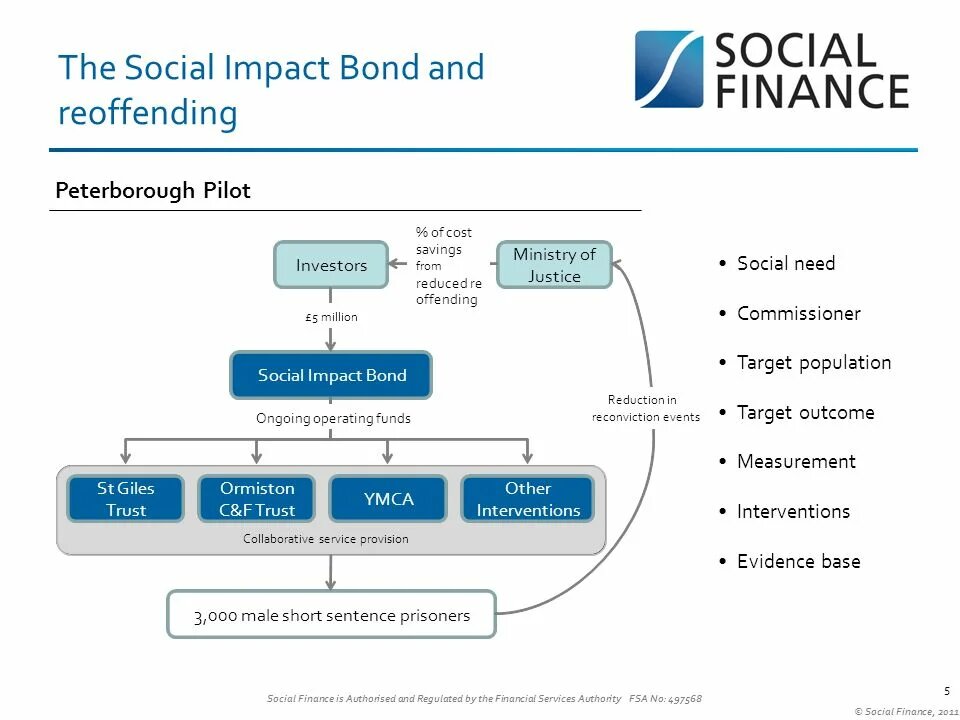 Objective:
To launch innovative financial mechanisms that allow investors to work closely with government agencies to engage private capital in the delivery of public services.

One such innovative solution is social bonds. One of the features of such bonds is performance-based payment.

In brief, the idea is this: a group of investors enters into an agreement with a public body/government organization with the condition that their investment will be rewarded if a specific social result is achieved.
The investors then select the companies that they think will be able to achieve the desired social result through their actions.
Is it worth mentioning that investors themselves raise money from the market with the help of these social bonds?

For example, a typical SRI strategy excludes from a stock portfolio companies that produce such things as tobacco, firearms or alcohol.
But if we are talking about ESG, then in the last decade ESG factors have attracted a lot of attention from investors who recognize the significance of risks that go beyond the usual analysis of financial statements.
For example, if a company makes more profit because it does not properly dispose of toxic waste, there is a legal risk associated with such careless behavior.
Another example might be increasing profitability by paying so little that workers are forced to seek public assistance, citing social risks with potential consequences such as strikes or government intervention.

So, if we are dealing with social bonds in the international sense of the term, such a structure allocates the risk of social success to investors, while the state pays only for socially significant and verifiable results and, accordingly, benefits from the savings achieved.

So when do social bonds prove to be the best tool for attracting financing?

When it costs less to prevent a problem than to solve it. That is, in other words, budget savings will be achieved.
The process of verifying achievement of results is a relatively straightforward exercise. In this way, the state’s obligations can be recorded in an understandable way.
The ways to achieve results are tried and tested by experience. Investors can be confident in the achievement of results, and, accordingly, in payment by the state.
And now let’s break down a very popular example of social bonds

Ten years ago, the British Ministry of Justice and Social Finance reached an agreement that a program would be implemented to help recently released short-term prisoners.

Social Finance issued $5 million in social bonds, which were placed among 17 investors. The proceeds were then given to non-profit organizations (see below), which provided assistance to these prisoners.

The government agreed to pay bondholders on a «rolling» basis: the fewer inmates who were released commit repeat offenses, the more money the private investors received.

The investors, in turn, hired non-profit organizations with expertise and programs aimed at reducing recidivism (re-sentencing).

So who are these nonprofits?
St. Giles Foundation — support while in prison, meeting when you get out of prison, and further support in the community.

Ormiston Trust — support for families of inmates while in prison and after release, etc.

What are the outcomes of this project?

The approach attracted social investment to fund a program for 3,000 prisoners being released from Peterborough prison in the UK.
The arrangements in place today: If the recidivism rate drops by more than 7.5 percent, investors will get their investment back plus an agreed-upon margin. The return will be proportional to the fall in the recidivism rate — the greater the fall in the recidivism rate, the higher the bond yield for investors, up to a negotiated maximum return of 13%.
Social bonds have allowed the government to achieve better fiscal efficiency and improve the quality of public services. Instead of paying for a service, the government pays only for the results achieved.
Attracting outside investment has ensured 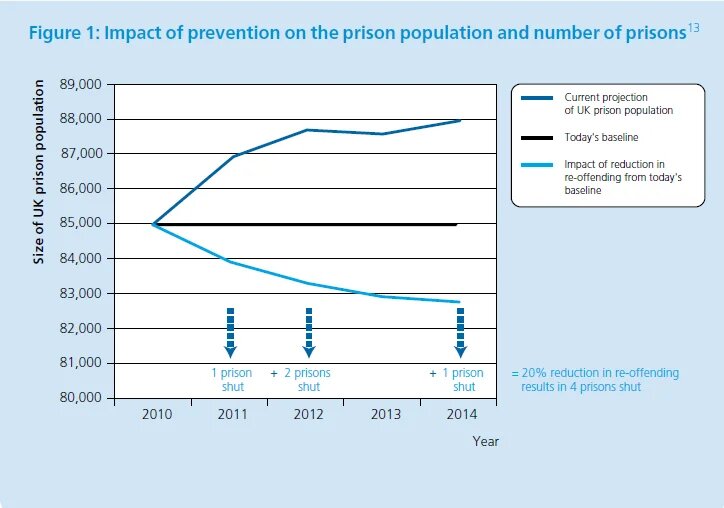